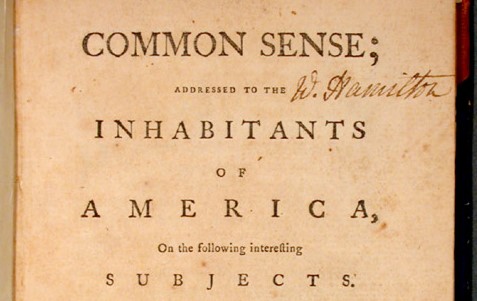 “When I was teaching children I began every day writing this on the blackboard: “Do to others what you would like them to do to you”, telling them how much better the world would be if everybody lived by this rule.”

Forty seven pages advocating independence from Great Britain was an immediate success for those who lived in the Thirteen Colonies. Published anonymously, Thomas Paine managed to keep his name out of the independence controversy for three months.

Thomas Paine never profited from Common Sense. But he did change the world.