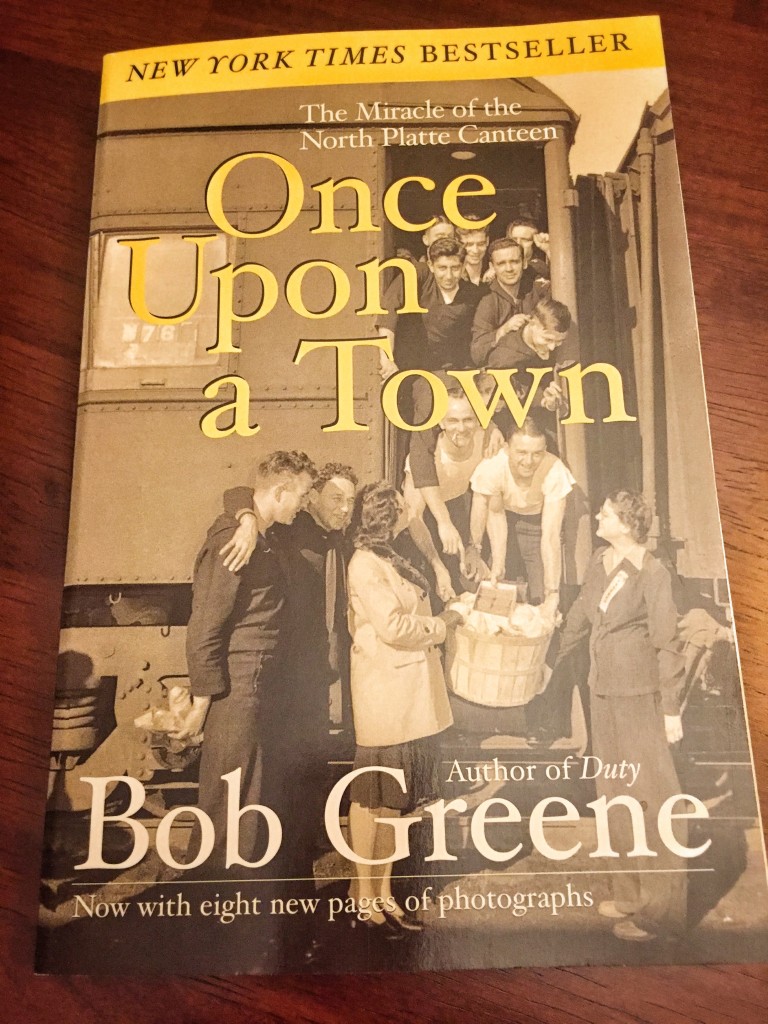 “The only federal funding for the North Platte Canteen was a five-dollar bill that President Roosevelt sent from the White House because he had heard about what was taking place in North Platte, and he wanted to help.”

Bob Green, Once Upon a Town

One of my favourite quotes (and by now, most of you know that I am a “quote hoarder”) is Margaret Mead’s famous, “Never doubt that a small group of thoughtful, committed citizens can change the world; indeed, it’s the only thing that ever has.”  While it is a heartening thought, the complexities and realities of life seem to temper the underlying enthusiasm imbedded within that oft-spoken phrase.  We want it to be true, but doubt remains.

“Once Upon a Town” dispels this reservation.

North Platte, Nebraska, situated along Interstate 80, where the North and South Platte Rivers meet, was established in 1868 with the coming of the Union Pacific Railroad.  It is a railroad town, an important dynamic in the story that would unfold almost 75 years later.

I remember visiting North Platte, Nebraska as a child with my parents.  Little did I know then that between Christmas Day 1941 to April 1, 1946, this town hosted thousands of servicemen on their way to war.

It all began when a 26-year-old woman named Rae Wilson had an idea to meet all trains that came through North Platte.  She believed their community should give soldiers a proper send-off.   As a designated tender point for steam trains, North Platte was the ideal spot to open a canteen.  What began as a small idea energized into a mammoth undertaking of servicing a thousand men per day.   Over 125 communities donated their time to work in the canteen. Supported by the kindness of strangers, the canteen thrived and became known across the United States as the Service Men’s Canteen, in the Union Pacific Railroad station at North Platte.

The canteen closed on April 1, 1946.  Over six million servicemen and women had been served over those 5 years.

Life has interesting twists and turns.  But one thing is certain, the generosity and kindness of strangers gives hope to those who face a difficult journey. The North Platte Canteen came together because people cared deeply for each other during challenging times. May we never doubt that a small group of people can change the world

“It might have been a dream – but it wasn’t. Six million soldiers who passed through that little town, six million of our fathers, before we were born.  And every single train was greeted; every man was welcomed.  It was a love story – a love story between a country and its sons.”

Bob Green, Once Upon a Town