No one would have believed in the last years of the nineteenth century that this world was being watched keenly and closely by intelligences greater than man’s and yet as mortal as his own; that as men busied themselves about their various concerns they were scrutinised and studied, perhaps almost as narrowly as a man with a microscope might scrutinise the transient creatures that swarm and multiply in a drop of water.”
H.G. Wells, The War of the Worlds

On October 30, 1938, Orson Welles did the unthinkable – he convinced a radio audience of approximately 6 million, that the earth had been invaded by alien Martians.  The Columbia Broadcasting System (CBS) radio network had arranged a special Halloween episode of H.G. Wells’s 1898 novel, The World of the Worlds.  Orson Welles directed and narrated the 62 minute broadcast, which appeared to be authentic news bulletins.  Panic ensued; callers to the radio station were not reassured. CBS arranged a press conference for Orson Welles in an attempt to quell public fears.   Yet 75 years later, there are still some that remember that fateful evening.

The power of media has not diminished.  Perhaps the “Halloween lesson” from this event is best given by Ray Bradbury, Fahrenheit 451: “The average TV commercial of sixty seconds has one hundred and twenty half-second clips in it, or one-third of a second. We bombard people with sensation. That substitutes for thinking.” 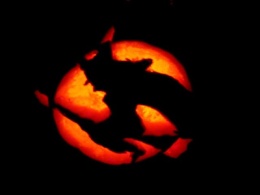 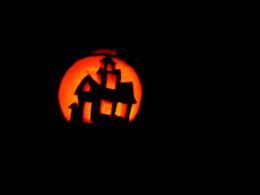 12 Replies to “The Man Who Scared the Nation”